It’s been a hot minute since I’ve posted here. There has been a lot going on in my personal life, and I’ve had to deal with some hard issues. I’ve also had some time to contemplate the financial direction I want to proceed with for the remainder of 2022. And the No/Low Year Challenge no longer fits into my goals.

The main goal I’ve had for this challenge was to be able to put together enough cash reserves to pay for all of 2023’s expenses so that my husband had the choice to retire in one year. We have more than enough in our retirement accounts to retire now, however, my husband wanted more cash reserves not associated with the market. I agreed. We are now on track to meet this goal by June 1st.

Another reason was that the No/Low Buy Yearly Challenge started to feel like punishment. When I wrote the post about our upcoming cruise vacation, it felt a bit disingenuine. We took that 7-day cruise and it was a beautiful week. We ended up switching to a nicer hotel (pre-cruise). Although there was no free breakfast or happy hour offered, we avoided the college students on Spring Break. Priceless. We decided to book an excursion and enjoyed a catamaran/snorkeling adventure in St. Maarten. We played slots in the casino. We won and we lost but had fun playing. We tipped generously. We did everything we wanted to, and we figure we paid an extra $250 – $500 without feeling like we missed out. We had the money in our travel account, so why not enjoy?

So what does this mean for my blog? I will continue to track my expenses, but there will be no restrictions on what I purchase. And for those that were interested in the updates, they will most likely be monthly instead of weekly.

I will continue to make this about our future retirement and how we will be preparing, but it won’t be solely about saving money. There are so many things to prepare for retirement, including where we will live, what we will do in retirement, healthcare, etc. Because there is definitely more to life than money.

I thought I would share a YouTube channel that I came across a while ago. Susan is a single woman in her 60’s, and her beautiful spirit inspires me. With so much garbage on the internet, I thought this might bring a little inspiration your way too. Enjoy. 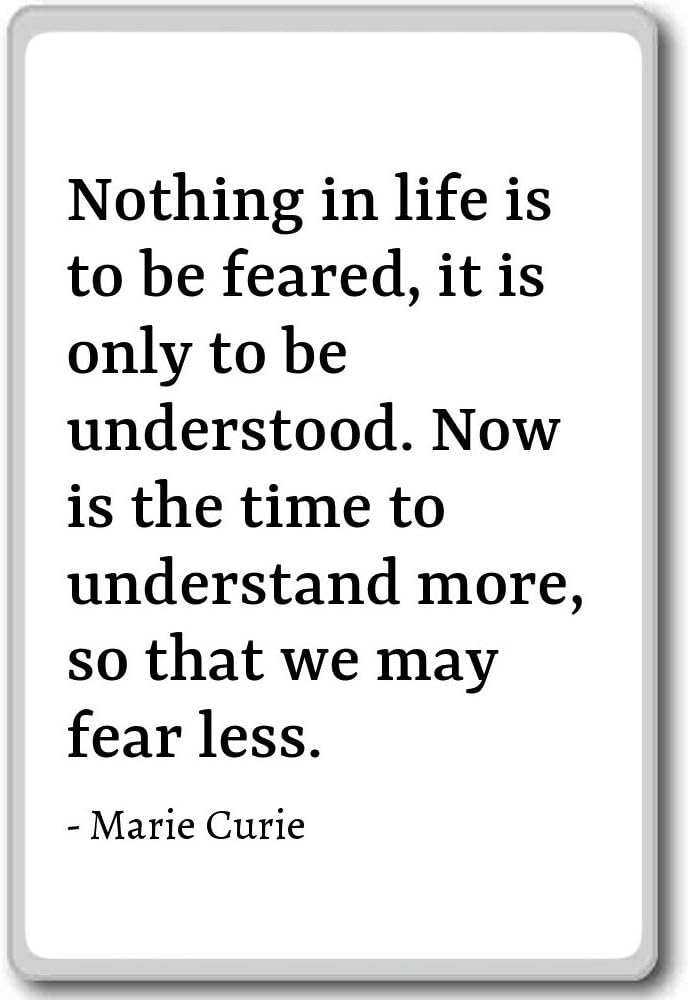 The past 18 months have been hard.  Most of us (including myself) have experienced some sort of loss.  Fear and anxiety are at an all-time high, and for some, it is downright debilitating.   It doesn’t help that we continue to be bombarded with nonstop fear-mongering news.  From the continuation of the pandemic to possible food and gas shortages; from natural disasters to conflicts over health choices and politics.   It’s enough to make all of us crawl back in bed and not come out until this mess has all been figured out.

Well, as much as I love my bed, I know that is an unrealistic choice.

FEAR can be debilitating if left to its own devices.  Just to be clear, I’m not talking about the fear that is associated with being chased by a bear. I’m talking about the fear of what could happen.  It can cause havoc to your mental, physical and emotional well-being.  I know because I felt it. It paralyzed me for a period of time. Thankfully, I was able to pull out of it by following a few simple steps.  If you are feeling the fear of ‘what if’, perhaps these steps will help you too.

5 Simple ways to move past your ‘what if’ fear and live joyfully again.

I try to live each day with positivity and joy.  I visit with friends and family, plan trips, outings, and things I’ve always enjoyed doing.  I’m no longer paralyzed with ‘what if’ fear.  I know that things can change on a dime, and I can’t say that I’ll never grow fearful again. But I now know how to pivot and take positive actions.  And, of course, to always find a way to be grateful.

“Gratitude unlocks the fullness of life. It turns what we have into enough, and more. It turns denial into acceptance, chaos to order, confusion to clarity. It can turn a meal into a feast, a house into a home, a stranger into a friend. Gratitude makes sense of our past, brings peace for today, and creates a vision for tomorrow.”

Before I continue to post on this site, I wanted to let you know the direction in which I would like to take this blog (hence the name change).  My personal goal is to make every post on this blog positive.  Not a negative word will be spoken here.

You see, positivity works in all aspects of your life, leading you to find joy even in the direst of circumstances.  This is especially true in how you manage your money.  I hope to inspire you to live your best life, no matter what your bank account is saying at the moment.

Your comments are important to me as well. Constructive criticism, done in a helpful way, will always be encouraged.  However, any negative comment will be deleted.  I need to protect my mind as well. 😉

Getting cabin fever?  Tired of this never-ending pandemic?  Yep.  Me too.  I was so excited in May when I thought it was all behind us.  In fact, I was so excited, I booked five cruises.  Of course, they are spread out over three years, but I was able to lock into rock bottom prices. My husband and I love this way of travel.  We miss it and were very excited to get back to it.

One of our cruises was scheduled to take place this November, celebrating my 60th birthday.  I even got the t-shirt. The final payment was due at the beginning of this month, but after careful consideration I canceled.  The cruise line protocols were more than I wanted to endure — masking, testing, and possible quarantining if contact tracing led to a case on board.  Not my idea of fun.

After canceling I sat down to think about how we could entertain ourselves this Fall that mimic some of the fun things we do on cruises.  Here’s what I came up with:

All of these ideas don’t really come close to a true cruise experience, but they will help divert my attention from the reality of a prolonged pandemic to some fun adventures this Fall.

Of course, let’s not forget all the fun “Fall” stuff, unrelated to cruising, we can do as well.  Sounds like another blog post coming in September!

Has anyone cruised or is cruising this year? Please share!

Hello? Anyone out there? It’s me, Sharon. I know, I know. I’ve been gone for almost a year. I can’t believe it’s been so long. So much has happened in a year and yet so little has happened as well.

Where should I start? After I stopped writing, I spent time taking care my boy Ben. He was not doing well, and unfortunately in October, 2020 I had to say goodbye. I lost the dearest, sweetest dog in the whole world. Ben was MY boy. He didn’t quite make it to 14, which was my hope, but he gave it a valiant effort. I miss him so.much.

After two months without a dog, in a weak (very weak) moment, we decided to get another golden. It just so happened that there was a litter born on my birthday… I took it as a sign. (It wasn’t a sign). Before we knew it, we were picking up a new 8 week old puppy. To say the last nine months have been a whirlwind of ups and downs is an understatement. It’s been down right life-changing. This pup is NOTHING like Ben, which I guess is to be expected. No two dogs are alike, right? But we had no idea what we were taking on.

Meet Auggie: Our 10 month old English cream Golden. He is sweet (when he wants to be).

During the last 9 months, we have had to deal with a bunch of behavior issues with this little guy. We found it necessary to hire a dog trainer. ($$$$$). After 12 weeks of training, we can say Auggie has come a long way. Thankfully, my husband has been working from home and has taken most of the responsibility of Auggie. My husband adores him. Me? Not so much, although, if I’m honest, he is starting to grow on me.

Auggie has been our biggest life change, and for that I am grateful. We have remained healthy, and gainfully employed. My “adult” children are doing great, and I get to see my grandchildren all the time. I am fortunate, I know.

Going forward, I will continue to document and share our journey to retirement and beyond (it won’t be long now!) in this space in an upbeat and positive way. (We can all use a little positivity in our lives, right?) I will share how we are saving, spending and gearing up for the next phase of our lives. It’s scary and exciting all at the same time.

I’ve missed you all, and I hope you’ll stick around too.

P.S. Let me know you have stopped by commenting below! xoxo